Andre Russell is one of the most destructive T20 players across the globe. The Caribbean all-rounder plies his trade across various T20 leagues, and is a fan favorite, especially in India during the IPL. Russell, who has had a fair share of injuries throughout his career, has always credited his wife for being constant support through the tough times. Jassym Lora, Andre Russell's wife, has been spotted a few times cheering for her husband, during the IPL matches in India.

The wife of Andre Russell, Jassym Lora, (born February 11, 1989) aged 32, is currently one of the most renowned cricket WAGS on the social media circle. The 32-year-old was born in Miami, Florida situated in the USA. She is a professional modeler and began her career at the tender age of 19. Lora enjoyed limited popularity before making her relationship public with cricket star Andre Russell.

Jassym currently enjoys around four lakh followers on Instagram. The fashion icon has successfully endorsed various brands which gives us a sneak-peak on her stardom. Over the years, she has ensured to keep a low profile of her family members as not much is known about them. Her love for cricket has grown leaps and bounds after she engaged with the heavyweight star cricketer Andre Russel. Moreover, her hobbies include that traveling, shopping. Also, she loves gobbling on non-vegetarian food. 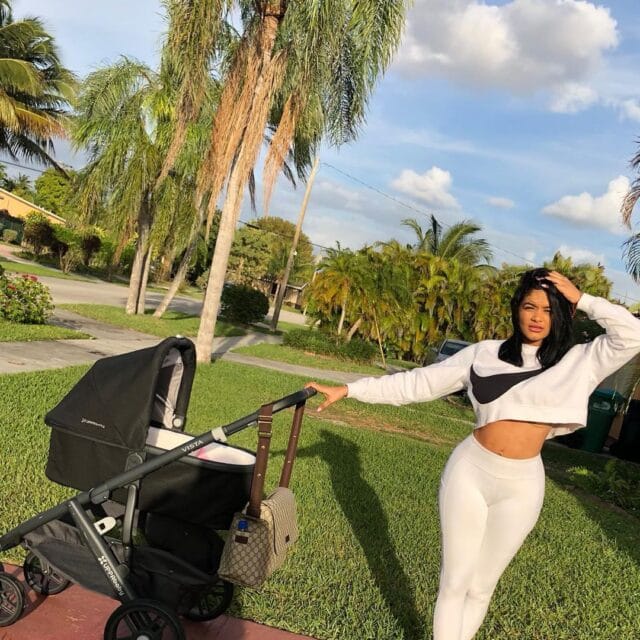 Jassym Lora is known for her overt personality. Her charm and persona also add value to her fame. Eventually, social media handlers often fall prey to her being too straightforward. Her bold pictures along with her hubby always become the showstopper for her fans and admirers. Once she silenced a guy who posted a rude comment on her bold pose in one of the pictures on Instagram.

It drew great response as many praised her decisiveness while a few were quick to call out her arrogance. Her career has been a tight-rope walk with several ups and downs in the long span of her modeling career.

Her marriage has doubled her fame across the world which she has looked forward to influencing them through her social media handles. Therefore, she has generated a huge fan base with her sizzling and smoking pictures which never fails to get a million likes and engagement.

Andre Russell tied the knot with his wife Jassym Lora in 2016. Interestingly, the love duo had got engaged back in 2014. Having known each other in and out, the duo fell into immense love. In 2020, the Rusell duo was blessed with a baby girl named Aaliyah Russell. Despite her pregnancy, she was very quick to get back into well-toned shape after mere intervals of few months.